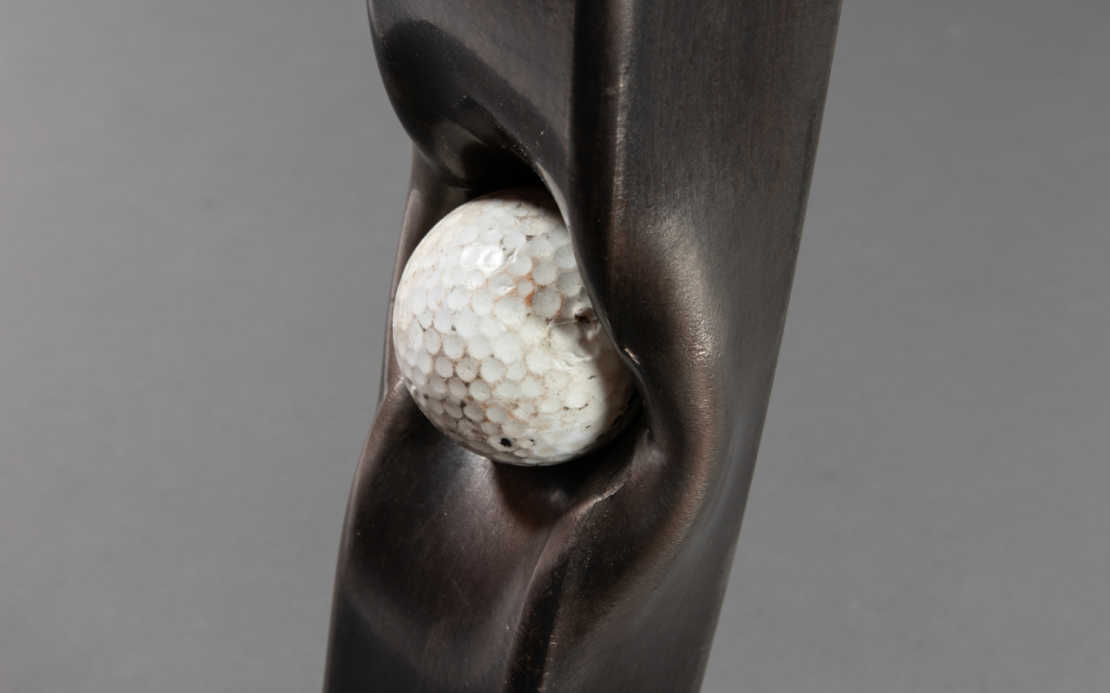 Physically impossible? In this series, the goal is to create work that has the visual appearance of a result that could not have physically happened.  The idea was spurred by a discussion over how the "Straw through a tree" could possibly have happen from a tornado's presence.  Whether you believe it was pressure differential or some other method of inserting the straw into the trunk of a palm tree, the debate was fun for the whole group.

This is what started the concept off.  It was witnessing a range of people with such diversity in schooling, practice, and profession discussing something that was seemingly impossible.

The first in this series is titled "A Heavy Swing" which should appeal to most golfers.  It does not take a PhD in physics to realize that a golf ball would not sustain an impact as illustrated below.  The density of the steel would resist the impact resulting in the golf ball exploding into pieces.  Capturing what would not, but seemingly did happen in this piece was the challenge. 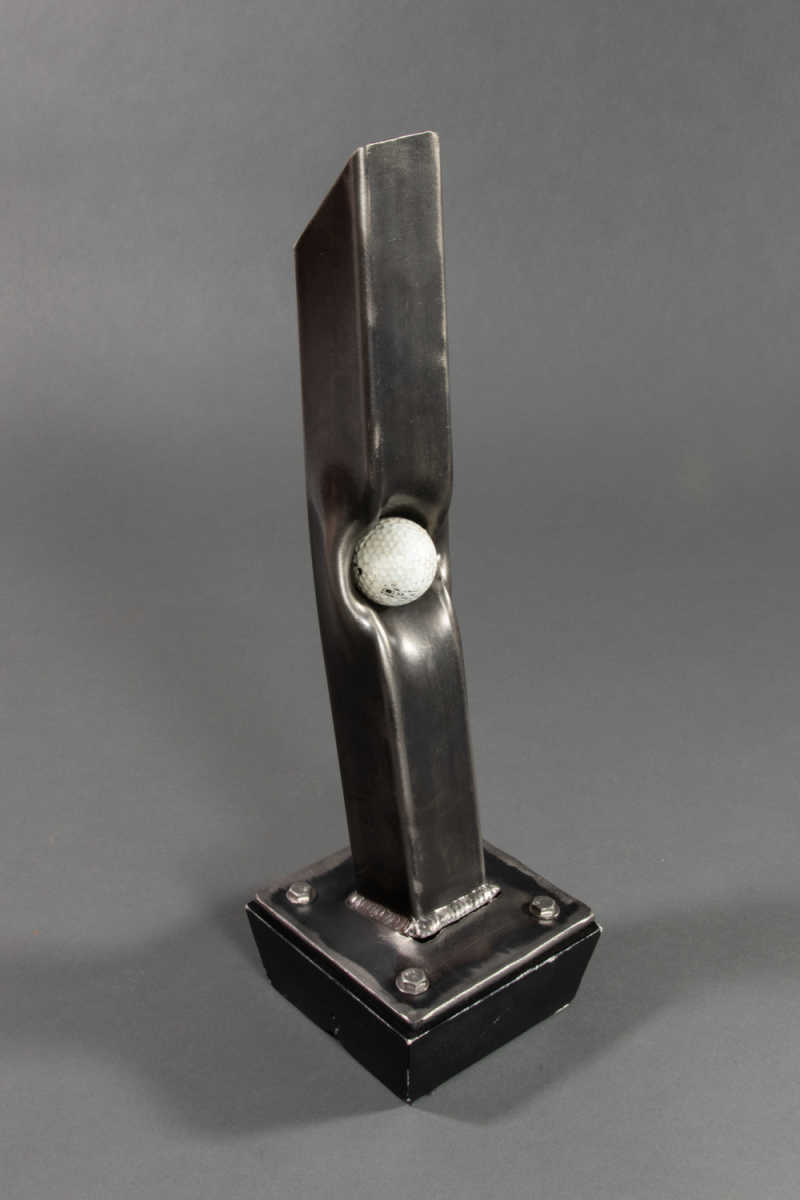 You can see that the base of the post is a thick, ridged piece of steel.  The force of the ball hitting the post not only caused the distortion at the impact zone, but nearly ripped the post from the well secured base, likely held in concrete with strong anchors.  The plate is distorted and the front line of the welds has been broken.  What ever was behind this post is in good fortune today at its expense. 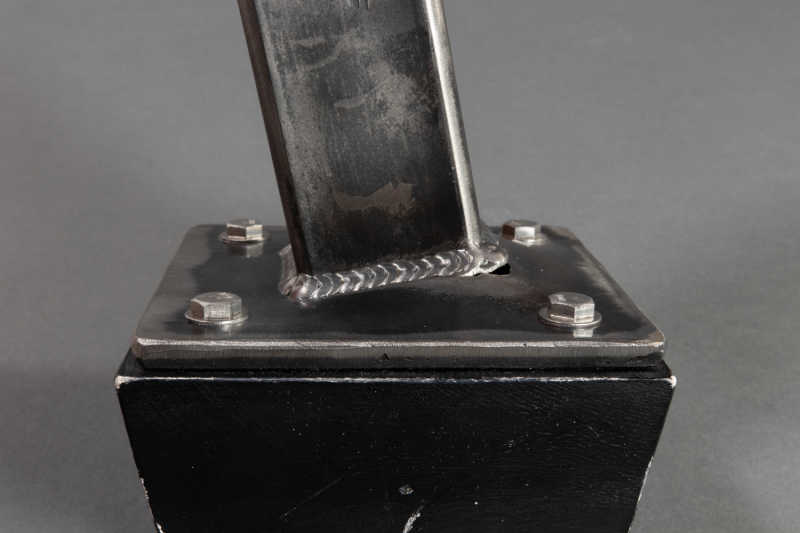